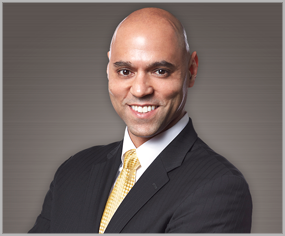 Ray Jefferson is the President of Jefferson Group, a global leadership consultancy based in Singapore.  For more than three decades, Ray Jefferson has helped corporations and government agencies around the world build leaders, achieve results, and create empowering environments through his leadership roles as well as by creating and delivering training and development programs that emphasize transformational leadership. The impact from his work has helped clients and organizations to achieve breakthrough results and transform team members’ mindsets, attitudes and behaviors to produce greater outcomes, set higher aspirations, and build stronger institutional capabilities.

With a dedication to helping individuals and organizations achieve their potential, Ray’s success is built upon years as a transformational leader, proven executive, strategic leadership advisor and facilitator with an expertise in designing, delivering and facilitating leadership development programs for some of the world’s premier organizations. He has been profiled in numerous articles and is an outstanding speaker on these topics.

Earlier in his career, Ray was the Senate-confirmed U.S. Assistant Secretary for Veteran’s Employment and Training under President Barack Obama. He was also a Leadership Consultant with McKinsey & Company in Singapore, where he created and delivered leadership training and development programs for clients and McKinsey consultants throughout Asia, focusing on capability building as well as leadership training and development.

Ray’s interests have always focused on organizational change, inspirational leadership, top team development, and peak performance. He graduated from the U.S. Military Academy at West Point with a major in leadership then served as an Army Officer with the Infantry, Rangers, and Special Forces, with leadership positions in the U.S. Presidential Honor Guard, 3rd Ranger Battalion, and 1st Special Forces Group. In 2003, Ray was selected by former Secretary of State Colin Powell as one of two inaugural recipients of the Harrison H. Schmitt Leadership Award for Fulbright Alumni in recognition of his achievements and contributions in the area of public service.

While serving as a Special Forces (Green Beret) A-team leader, Ray lost all five fingers on his left hand while attempting to protect his teammates from a hand grenade detonating prematurely. After recuperating, he earned a MPA in Strategic Management at Harvard’s Kennedy School of Government, graduating with distinction as a Littauer Fellow. He also earned an MBA from Harvard Business School and was recognized with the Dean’s Award for exceptional leadership and service. Upon graduation, he was selected as a White House Fellow and worked as a Special Assistant to the U.S. Secretary of Commerce. Ray then served as a Fulbright Fellow in Singapore, where he studied leadership within Asian contexts. Afterward, he served as the Deputy Director for the State of Hawaii’s Department of Business, Economic Development and Tourism (DBEDT), where he co-led the organizational transformation for a department of over 230 team members with an operating budget of $182 million.

Ray is a member of the Asia Society, Council on Foreign Relations (life member), Fulbright Association, NAACP, Special Forces Association, and Young Presidents’ Organization (YPO).  He was born and raised in Guilderland, New York.  Ray now divides his time between Singapore and the U.S., and considers home to be Honolulu, Hawaii.

"Ray captivated the audience with the story of his own journey and story of remarkable achievement in the face of daunting adversity while at the same time remaining humble and self-effacing."